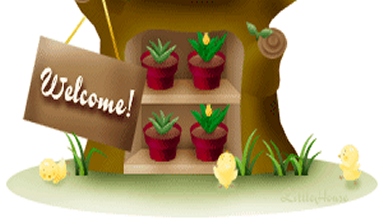 It is the middle of winter. Dad is lighting a fire in the wood heater in the lounge room. Edward and Joe are bringing in wood from the pile near the shed. Their noses and fingers are red with cold. There is a bitter wind blowing outside. But it is much warmer in the house. When the fire is burning, it will be wonderfully cosy.

Kate is baking muffins. Celeste and Lizzie are helping. Annie is sitting on a stool watching the girls. She is hoping to lick out the bowl. Mum says she will make hot chocolate. They are going to have afternoon tea in the lounge room around the fire.

Soon the fire is burning brightly. Dad places the guard around it to keep Annie from burning herself. Then everyone draws up their chairs around the coffee table, close to the roaring heat. Mum comes in with a tray loaded with the mugs of hot chocolate and the freshly baked muffins. "Don't get any crumbs on the carpet," she warns as she hands round the plates.

"It's just the right sort of day for story telling," says Kate. "Tell us about when you were a little boy, Dad."

The children love hearing stories about when Mum and Dad were children. "Tell us about your house, Dad!" Celeste begs.

"It was a tiny little house in the city," says Dad. "There was a living room and kitchen downstairs and three bedrooms upstairs. Granny and Grandpa had one bedroom and my four brothers and I shared the other two."

"Where was the bathroom, Dad?" asks Lizzie.

"We had a small washroom outside," answers Dad. "On cold days like today, it wasn't much fun going outside."

Lizzie thinks about their warm bathroom with the heating lamps. "Did you have to have a bath outside?" she asks.

"No," says Dad. We had a metal bath which Granny kept on a hook in the kitchen. When we needed a bath, Granny would put the tub in front of the fire and fill it with warm water." Everyone sits quietly for a moment, sipping their hot chocolate. They are thinking about the metal tub. Dad must be really old not to have had a proper bathroom.

"I'd love to have a bath in front of the fire," dreams Celeste. "It would be much more fun than having a normal bath."

"It wasn't much fun for Granny," says Dad. "It was a lot of work filling the bath and then emptying it again. I think a long hot shower is much better."

"Did you live in a house with a bath on a hook too, Mum?" asks Joe.

Mum smiles. "No, we lived in a modern house. It wasn't as interesting as Dad's house. We had a rather boring bath with taps and running water."

"We once lived in a really interesting house that did have a proper bath but not always running water," remembers Dad. "It was when we were living in England. I was working there for a year. Edward and Kate were very little at the time.

"We had to find a house to rent," says Mum. She goes on to explain that the only house they could find was a huge old house in the country. It was a magnificent house with many rooms, a sweeping staircase in the middle and very high ornate ceilings. "It was a bit of a fairy tale house except for one thing," says Mum.

Everyone is listening closely. "It was cold," continues Mum. "Not ordinary cold but freezing cold. We arrived in the middle of a very bitter winter. Every room in the house had open fireplaces. We had to ask the coalman to deliver a huge load of coal. The house was so big that even the coal fires didn't keep the house warm."

"Getting up in the morning was the worst," remembers Mum. "It was awful having to get out from under all the blankets and get dressed. Every night the water in the pipes would freeze. The water wouldn't flow out the bathroom taps. So we had a proper bath but we didn't always have running water. It was so cold even the shampoo would freeze in the bottle." Everyone tries to imagine what it would be like to live somewhere so cold.

"It would be like living in a fridge," says Celeste.

"Actually, we didn't have a fridge," says Mum. "We didn't need one. We stored the milk on the stone floor of the pantry. The milk would freeze in the bottles. When we wanted to drink the milk, we had to thaw it out first."

"Wow!" says Celeste. "That sounds like a real adventure."

"Yes, it was," agrees Mum. "We were real adventurers exploring new places. It was difficult sometimes. It's not nice to be cold all the time. But I am glad we were tough enough to live in that old house. It was a unique experience. We have some wonderful memories and lots of stories to tell. It's like Dad and his metal bath. Not many people have done the same things as us."

"We did lots of fun things too that winter," says Dad. "Kate and Edward loved building snowmen. I would help them roll the snow into balls. Edward and Kate would look for lumps of coal for the snowman's eyes. Sometimes Mum would give them a carrot for a nose."

"I wish we could build a snowman," sighs Lizzie. "It would be so much fun. It never gets cold enough here to snow properly."

The other children would also like to play in the snow. "I'd like to make snow angels," says Celeste. "Like in the book, Little House on the Prairie. And eat ice cream snow with maple syrup topping."

By the time everyone has finished talking, it is dark outside. The day is almost over. That night the children go to bed thinking about the huge cold house that Mum and Dad and Edward and Kate had once lived in. Celeste is also thinking about being an adventurer.

The next morning Joe wakes everyone up. "It's snowing!" he yells. "Everything is white!"

Joe is right. During the night the bitter cold wind has blown in the snow. It has been falling for quite some time. Everything is covered in a layer of white. The children think it is the prettiest sight they have ever seen.

All the children want to go outside immediately and build a snowman. Mum starts to protest. No-one has had breakfast and there are the morning jobs to do. Then she realises that this is a magic moment. A moment no-one expected. It hardly ever snows where they live. It might be a long time before the children see snow again. So she tells everyone to wrap up warmly and lets them go.

"I'll stay here," says Mum. "I'll watch through the window. I know what snow is like. I don't need to go outside to see it."

Dad tries to stay inside too but Mum says he needs to take the camera and take some photos of all the children playing. Dad tries to protest but Mum hands him the camera and out he goes into the garden. He can see his breath, white in the air. He puffs like a steam train and everyone copies him, laughing.

Mum can see everyone rolling the snow into balls getting ready for a snowball fight. But before long the door opens and Lizzie and Annie appear.

"It's too cold," says Lizzie, "And Annie doesn't like the snowballs dripping down her neck."

Before Mum can help Annie take off her outer clothes, all the children except Celeste have reappeared. "It's too cold," they all shiver.

"But what about building a snowman?" asks Mum, "And the snow angels?"

Celeste is cold too. Her tummy is starting to rumble. But she doesn't come in for breakfast. She is too busy having an adventure. Celeste knows that it may not snow again for a very long time. She wants to make a snowman and a snow angel while she has the chance.

Celeste's nose is red and her fingers are numb but she still does not come in. At last she finishes her snowman. It is only small. The snow isn't very thick. But it is a real snowman. She looks around for some pebbles to make his eyes. Next, Celeste lies down in the snow and moves her arms out and up towards her ears, and then back down to her knees. When she gets up, she has a snow angel. Lastly, she collects herself a big handful of snow. She is going to put it in the freezer and eat it later topped with maple syrup.

By the time Celeste comes in for her breakfast, all the other children have finished eating. Only Mum and Dad are still at the table. They are drinking their tea and chatting.

"What have you been doing, Celeste?" asks Mum.

"I've been having an adventure. I've been doing things we don't normally get to do. It was very cold and a bit uncomfortable but adventurers have to be tough. Now I can tell everyone about the day I made a snowman and a snow angel. It will make a wonderful story and I will remember this day forever."

Celeste pads along in her socks to the bathroom. She needs a towel to dry her hair. Mum and Dad look at each other and smile. They understand the fun of going on adventures. Who knows? Perhaps one day Celeste will go on a real adventure. Perhaps she will be a scientist on an expedition to the Antarctic or she'll travel to Africa and rescue the gorillas or travel to some distant land to nurse the sick.

Celeste returns to the kitchen. "I've had a great idea. We could be real adventurers without even going anywhere. We could ask Granny if she still has Dad's old metal bath. We could try it out and then we'd know exactly what it was like in the old days. It would be fun sitting in the tub in front of the fire. Or we could turn off the heating and find out what it feels like to be really cold."

Mum and Dad look at each other again but this time they do not smile. "Or we could just go on an expedition to the zoo and discover new animals," suggests Dad quickly.

Celeste forgets all about the cold and baths. She starts thinking about elephants and giraffes and hippos and...