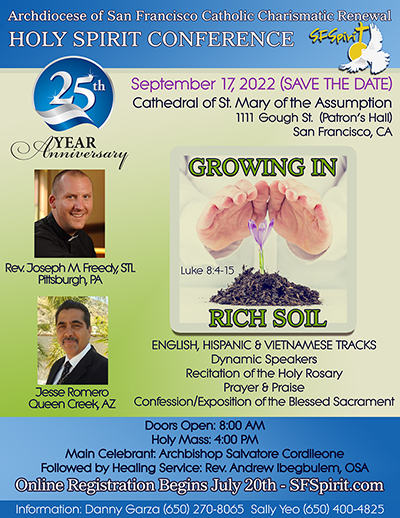 Father Joe Freedy is the youngest of five children. He grew up in Pittsburgh, Pennsylvania, and attended Bethel Park High School. Earning a scholarship to the University at Buffalo to play football, Father Freedy started at quarterback for three years. After college, he entered the seminary in Pittsburgh and was assigned to study in Rome first at the Gregorian University and then at the John Paul II Institute.

He was ordained a priest in June of 2008 and is currently the chaplain at two high schools and evangelization director. Father Freedy is also the president of Dry Bones Ministries.

Jesse Romero has a Masters Degree in Catholic Theology from Franciscan University of Steubenville, OH. Before and since then, he has spent his time teaching, speaking, writing, and giving Catholic Bible studies, Conferences, Missions, and Retreats on all matters relating to the Catholic Faith.

After rediscovering his Catholic roots, Jesse studied and prayed his way back to a fervent on-going practice of the Catholic Faith. Through his vast experiences with non-Catholics and fallen-away Catholics alike, Jesse has become proficient on how to "speak the truth in charity" (Ephesians 4:15) and is very effective at bringing them into the fullness of truth found only in the Catholic Church.

Jesse holds a B.A. in Liberal Arts from Mount St. Mary's College in Los Angeles, CA and he has a Masters Degree in Catholic Theology from Franciscan University of Steubenville in Ohio. As the proud parents of Paul, Annmarie and Joshua, Jesse and his wife Anita have been happily married since 1983. Visit his website JesseRomero.com. 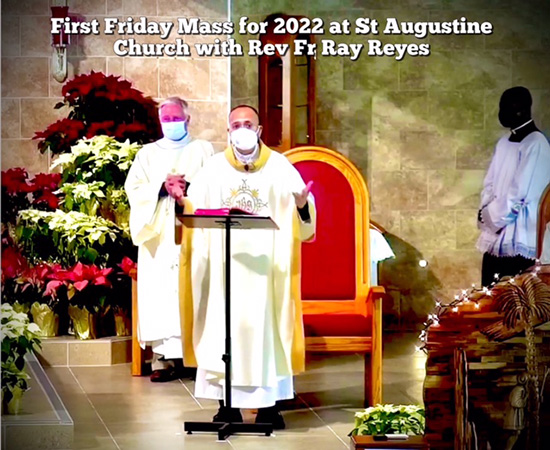 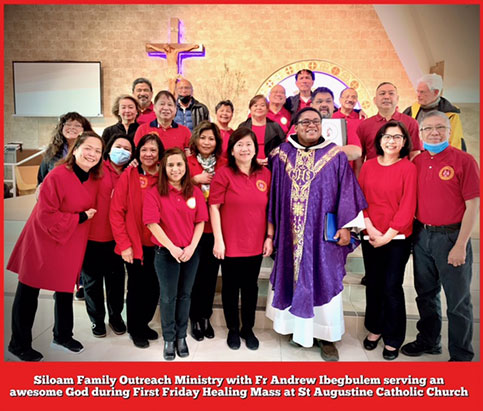 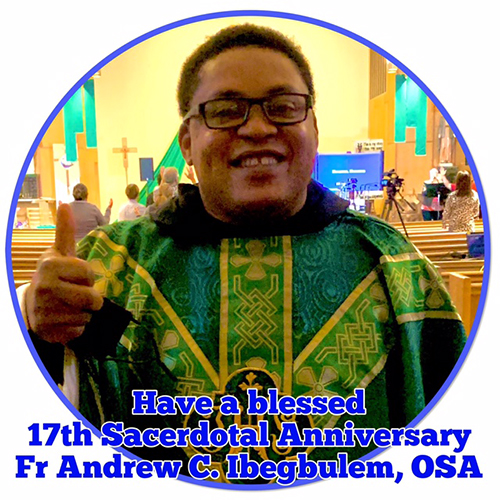 Jesus took Peter, James, and his brother John, and led them up a high mountain apart by themselves. And he was transfigured before them, and his clothes became dazzling white, such as no fuller on earth could bleach them. Mk. 9:2-3

The Transfiguration was also to make his chosen disciples on the mountain with Him aware of his Divine glory, so that they might discard their worldly ambitions and dreams of a conquering, political Messiah and might be strengthened in their time of trial.

On the mountain, Jesus is identified by the Heavenly Voice as the Son of God. Thus, the Transfiguration narrative is a Christophany, a manifestation or revelation of who Jesus really is. Describing Jesus' Transfiguration, we are given a glimpse of the Heavenly glory awaiting those who do God's will by putting their trusting Faith in Him.

The "transfiguration" in the Holy Mass is the source of our strength. This is so because in each Holy Mass, the bread and wine we offer on the altar become "transfigured" -, transubstantiated - into the living body and blood of the crucified, risen, and glorified Jesus.

Just as Jesus' Transfiguration strengthened the Apostles in their time of trial, each Holy Mass should be our source of Heavenly strength against temptations, and our renewal of Christian living. So, the Transfiguration has a message of encouragement and hope.

The feast we celebrate today is a commemoration of the fact that Jesus literally revealed His glory to three of the Apostles. He took them up a high mountain and was transfigured before them. He became dazzling white and radiant with glory. This was an important image for them to have in their minds in preparation for the very real image of the suffering and death Jesus was about to undergo.

One lesson we should take from this feast is the fact that the glory of Jesus was not lost on the Cross. Sure, His suffering and pain was made manifest at that time, but it doesn't change the fact that His glory was still just as real while He suffered on the Cross.

The same is true in our lives. We are blessed beyond measure and God still desires to transform our souls into glorious beacons of light and grace. When He does this, we must strive to constantly see it. And when we suffer or face some Cross, we must never take our eyes off the glorious things He has done in our souls.

Reflect, today, upon the beautiful and profound transformation that God has done and continues to desire to do in your soul. Know that He wants you to fix your eyes upon this glory and forever remain grateful for it, especially as you endure any cross you are given.

Lord Jesus, may I see Your glory and the glory that You have bestowed upon my own soul. May my eyes forever remain fixed on that grace. May I see You and Your glory especially in difficult times. Jesus, I trust in You. 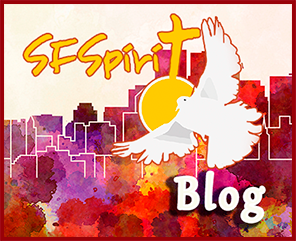 Saint of the Day

As a lay organization, the mission of the Charismatic Renewal is: